Letter sent to 50 Financial Institutions, which are major shareholders of Tokio Marine, to urge the company to Completely Stop Underwriting Coal-fired Power Projects

5 environmental NGOs have sent a letter to 50 financial institutions, which are major shareholders of Tokio Marine, to urge the company to completely stop underwriting coal-fired power projects. For details, please see the text of the letter below.

[Text of the Letter]

On June 28, Tokio Marine Holdings (hereinafter referred to as Tokio Marine) held its Annual General Meeting (AGM). Japanese environmental NGO staff members participated in this meeting as shareholders and asked questions about the company’s climate change measures, but the response from the company’s management was unfortunately neither based on scientific evidence nor relevant. Therefore, we are sending this request to 50 financial institutions, which are major shareholders of Tokio Marine, to engage with the company to completely stop underwriting coal-fired power projects.

It was on June 25, that one of Japan’s major non-life insurance companies and Tokio Marine’s rival company, MS&AD Insurance Group Holdings (hereinafter referred to as MS&AD), announced a policy (*1) to completely stop underwriting new coal-fired power projects without exceptions. Thus, at Tokio Marine’s AGM, Yuki Tanabe, Program Director at the Japan Center for a Sustainable Environment and Society (JACSES) asked, “Following MS&AD’s new policy announcement, is Tokio Marine planning to announce a similar policy?” Tokio Marine’s management responded that it has not underwritten any coal projects since its coal policy was established in September 2020 (*2), nevertheless, since the Japanese government’s energy policy does not prohibit the construction of coal-fired power plants, the company will retain the current exceptions in its policy. 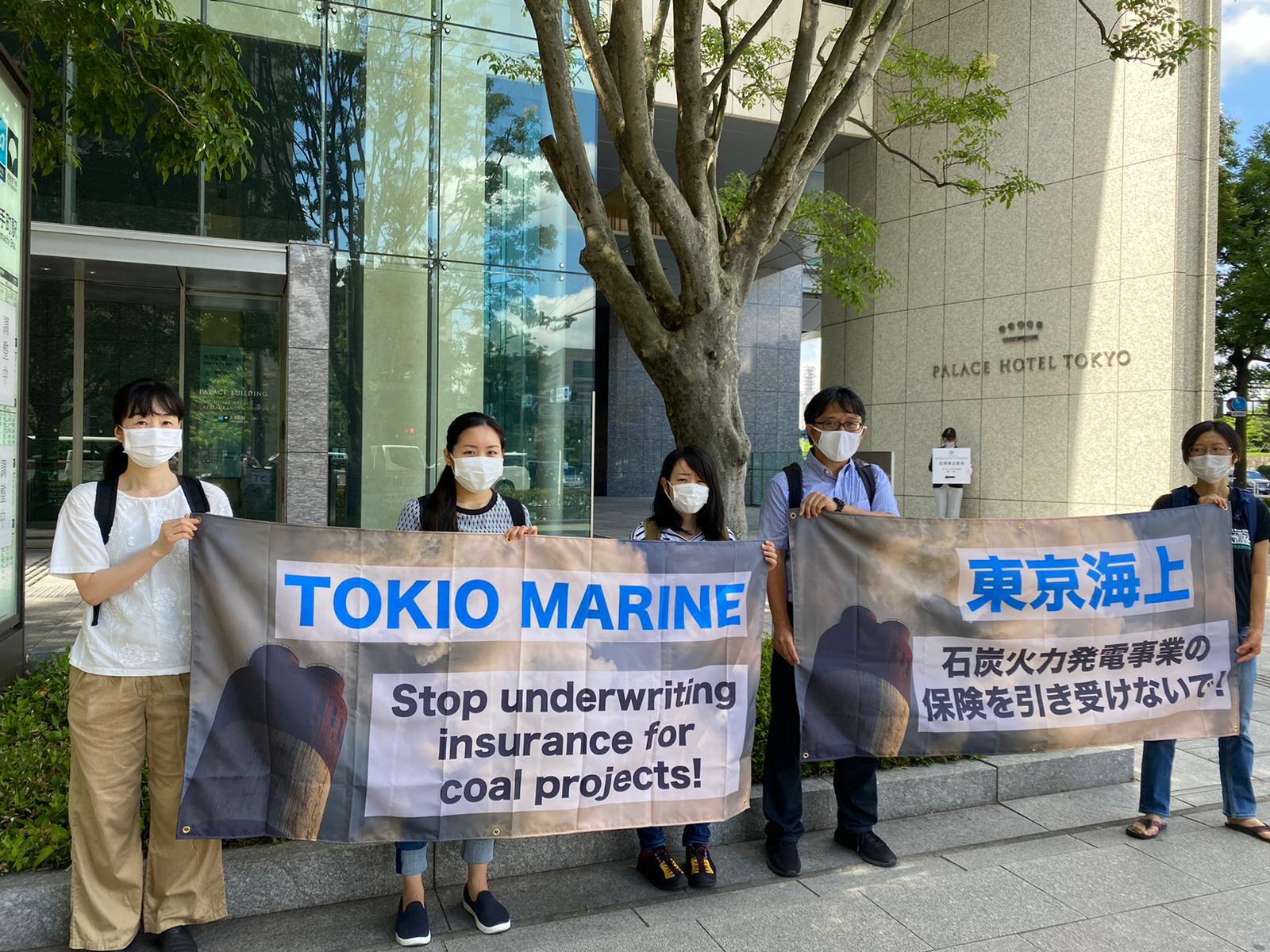 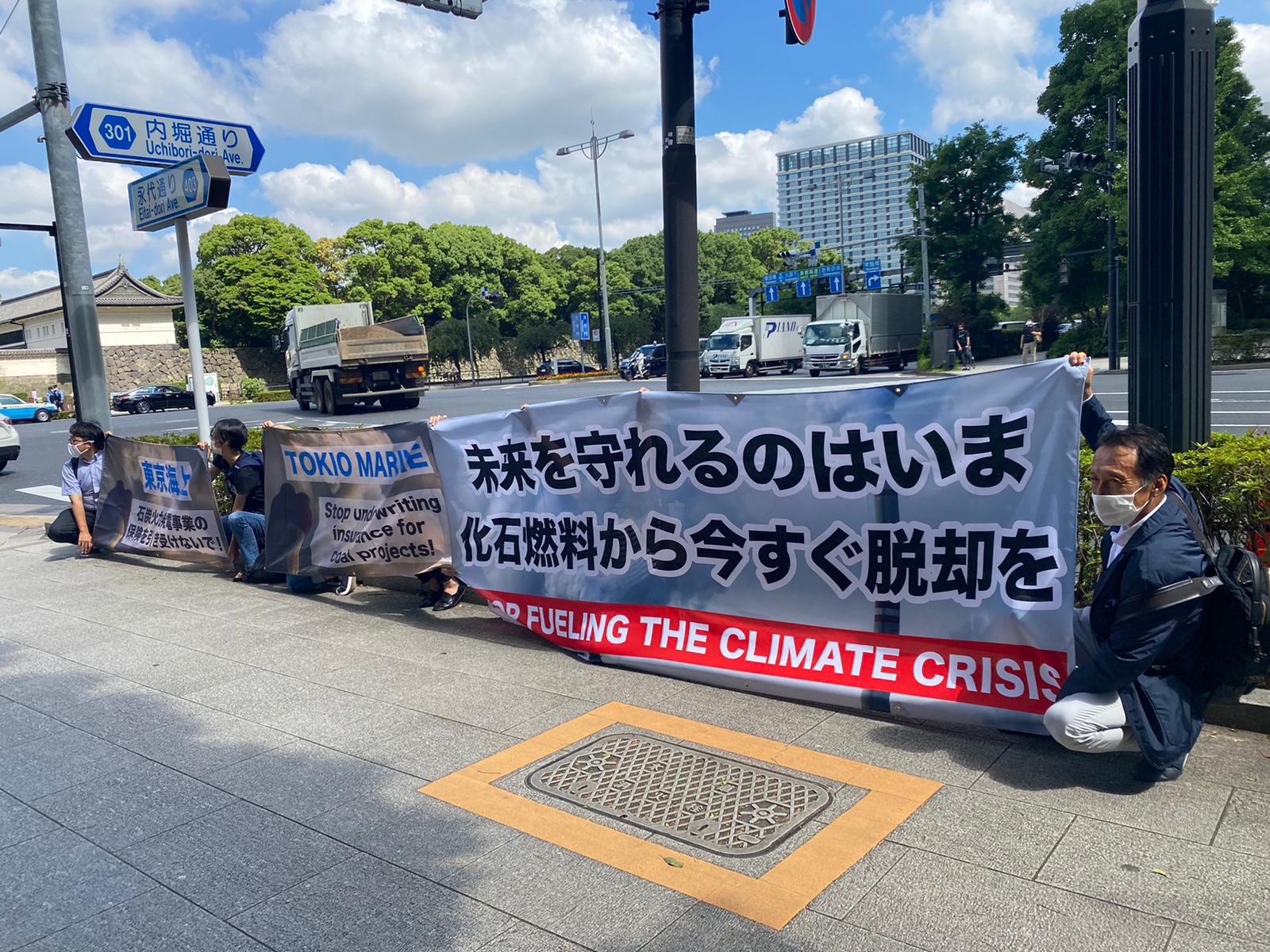 According to the “Net Zero by 2050, A Roadmap for the Global Energy Sector” report published by the International Energy Agency (IEA) on May 18, 2021, new fossil fuel mining operations cannot be approved and the electricity sector should have net-zero emissions globally by 2040 (*6). Therefore, in order to achieve net-zero emissions in 2050, it is necessary to end underwriting not only for coal-fired power generation but also for new fossil fuel mining and fossil fuel power generation projects, including oil and gas. 28 major insurance and reinsurance companies worldwide have already announced that they have ended or limited underwriting coal projects, and Tokio Marine, which is still underwriting coal, is lagging behind.

Therefore, we are requesting Tokio Marine’s major shareholders to engage with Tokio Marine to stop underwriting new fossil fuel businesses, including coal-fired power generation, to align its underwriting policies with the long-term goals of the Paris Agreement.

We would appreciate it if you could fill out our Response Form and send us your institution’s policies and opinions regarding this request to the contact person below by August 31, 2021. If you wish to discuss these issues further, we also welcome the opportunity to arrange a follow-up conversation online at your convenience.

Thank you for your consideration and we look forward to receiving your response.